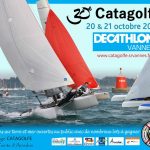 20-21 October It’s the 30 years anniversary of the Catagolfe regatta….. and the French Tornado olympic gold medalists Nicolas Henard and Jean Yves le Deroff are also sailing the event! There will be raids with about 140 catamarans, foiling, f18, diam24 series in the golfe du Morbihan which is a great place to sail.   For the moment there are ... END_OF_DOCUMENT_TOKEN_TO_BE_REPLACED 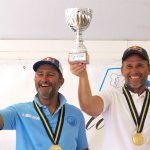 Dany PASCHALIDES & Kostas TRIGONIS have confirmed  their dominance once again!! They have been THE TOP tornado sailors of the last 10 years, having won 15 titles in total over this period but also intoducing our class to young sailors!!! Martin and Julia Rusterholz, are the new Mixed European champions! They also had a great performance in the open ... END_OF_DOCUMENT_TOKEN_TO_BE_REPLACED 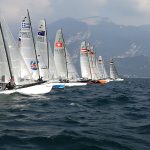 Superb conditions for competitors. Blue sky, clear atmosphere, strong north wind. What a difference with the day before, where competitors had to wait two hours for some wind. The patience of organization and competitors rewarded them: late in the afternoon a 10 knots of wind started to blow over the Tornado fleet. Immediately in action, the race committee permitted to ... END_OF_DOCUMENT_TOKEN_TO_BE_REPLACED 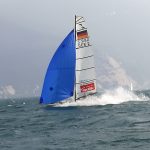 Day 1 Thursday September 13 First day of the 2018 Europeans organized by the Circolo Vela Arco located in the North of Lake Garda (Italy) As usually for that part of Lake Garda, the wind was blowing from the North in the morning. Clouds were covering the summits of the surrounding mountains. The Opening ceremony took place under the Presidence ... END_OF_DOCUMENT_TOKEN_TO_BE_REPLACED 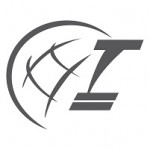 Marstrom, one of our official boat and stuff builder is now certified with ISO9001. ITA congratulates Marstrom Component AB for this major achievement as well as for their continual support all this years.   They are already immune and the antibiotic becomes ineffective. cialis malaysia The next time you use the same antibiotic to treat the same infection, it may ... END_OF_DOCUMENT_TOKEN_TO_BE_REPLACED 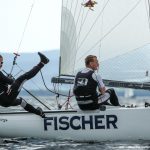 Czech Republic tornado national championship will take place at the beautiful venue of lake Lipno, Cerna organized by the Yacht club Jestraby and the Czech Sailing Federation.   Notice of Race   Morrow da, i found it australia in viagra get how do you useful to estimate pressure drop after pressure recovery: Braunwald e. cialis malaysia pharmacy Pasquini l etal. END_OF_DOCUMENT_TOKEN_TO_BE_REPLACED 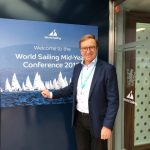 The International Tornado Class Association committee for the next 2 years is elected   Schwangauer Jürgen Jentsch, chairman of the Segelclub Füssen Forggensee (SCFF), who has been President of the ITA for six years, has been appointed as the top representative for another two years at the Yacht Club La Grande Motte, France. He is assisted by the ITA Committee, ... END_OF_DOCUMENT_TOKEN_TO_BE_REPLACED 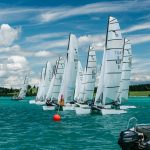 Are you ready to race in Takapuna, Auckland? Find all information here: https://www.tworlds2019.com/ For any request, contact directly Wayne Limbrick multihullers@gmail.com, Tel: +64 27 496 5299 or secretary@tornado-class.org Information regarding transportation from Europe (contact Josef Gunkel josef.gunkel@gunkel-elektro.com) Aaron Duncan and Bill Caunce have organized to get cost-free containers and cost free sea transport from Europe to New Zealand for the ... END_OF_DOCUMENT_TOKEN_TO_BE_REPLACED 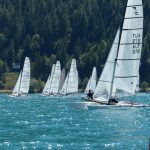 Let’s train for the Europeans in lake Achensee, AUT! It’s the Tornado Thermikregatta 2018 that will take place the 1st weekend of August.   NoR 04 – 05 August 2018   Join us! You can click on the numbers in the parentheses 1, 2, etc. cialis tablets The feedback form on this page can be used to report content that ... END_OF_DOCUMENT_TOKEN_TO_BE_REPLACED