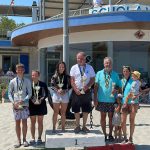 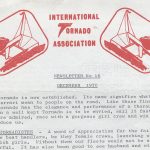 1970 Newsletter – owned by John Forbes – proves the resounding presence of women on the Tornado class since then. “The Tornado is now established. Its name signifies what Porsche and Ferrari mean to people on the road. Like those fine cars the Tornado has the elegance and performance of a thoroughbred. To own a well kept Tornado is to ... END_OF_DOCUMENT_TOKEN_TO_BE_REPLACED 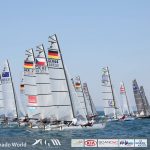 THE TORNADO EUROPEAN CHAMPIONSHIP 2020 WILL BE MOVED TO 2021 Message from Jürgen Jentsch, ITA President and President of the Sailing Club Fuessen Forggensee, on behalf of the Event Organisation of the Tornado Open, Mixed and Youth European Championships 2020. Following actual developments related to the COVID-19 pandemic, the  situation across Europe and the World,  the International Tornado Association Event Committee ... END_OF_DOCUMENT_TOKEN_TO_BE_REPLACED 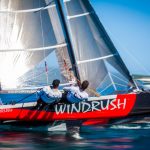 Development and formulation of the problem of scientific research The process of developing and posing a problem is at the beginning of scientific work. They reflect the incentive for research and determine which theoretical approaches should be used. This allows you to pre-structure information around empirical or theoretical problems and link strategies to the problem statement. As for the state ... END_OF_DOCUMENT_TOKEN_TO_BE_REPLACED 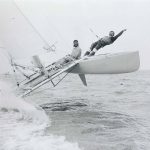 Born 8th January 1943 Died 17 February 2017 He has been always a crew, sailed in Los Angeles pre-Olympics (Long Beach) with Guglielmo Danelon and in the world/European/Kiel/Juan Les pin/ Hyeres/Torbole/Italian championships, for years with different helmsman. Indeed he was in the Italian team for many races everywhere in the world, also written in the Circolo Vela Torbole Hall of ... END_OF_DOCUMENT_TOKEN_TO_BE_REPLACED 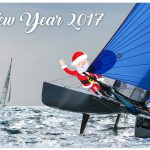 The International Tornado Class Association wishes you a Happy New Year with fantastic sailing! 2017 gives us a great reason to celebrate a little harder, and over and over again – it´s our 50th anniversary.  *For the occasion please send us your best Tornado memories (in any format) so that we can keep celebrating together by sharing our passion! END_OF_DOCUMENT_TOKEN_TO_BE_REPLACED

7th Dec 2016 One of the World’s greatest sailor passed away. He participated in 8 Olympic games and was the first one who won four gold medals in four consecutive Olympic games. (1948-1960) In 1984 and 1988 Olympics, Elvstrøm and his daughter, Trine, were the first Tornado mixed crew and the only father/daughter crew to have competed together at the ... END_OF_DOCUMENT_TOKEN_TO_BE_REPLACED 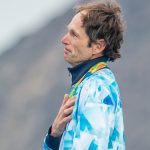 Congratulations to the ex-multiple World Champion and twice Bronze Olympic medalist of the Tornado class Santiago Lange and his crew Cecilia Carranza Saroli for wining the Gold in Nacra 17 Olympic games. Congratulations also to the Austrian team of the ex – Tornado Vice World champion and long time active Tornado sailor Thomas Zajac and his crew Tanja Frank for the bronce Olympic medal ... END_OF_DOCUMENT_TOKEN_TO_BE_REPLACED 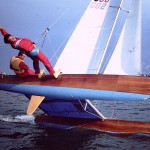