1st day of the 2016 European championship in front of the beautiful beach of Cesenatico, Italy. The Italians welcomed us with nice food and drinks and the races started on time.

The light wind was coming from the northeast and its speed varied from 6 to 9 knots.

The sailors seem to be ready for a lot of action as they put a lot of pressure on the starts.

The best ones for today were Nick Mavros and Alex Tagaropoulos from Greece who scored a second and a first in the two races of the day respectively.

The Swiss guys, Steiner Marcel and Steiner Joerg, stand on second after scoring a third and a fourth. Maria Tsaousidou and Marc Baier also had a great performance and stand on third. It is them who stand first in the Mixed division!! 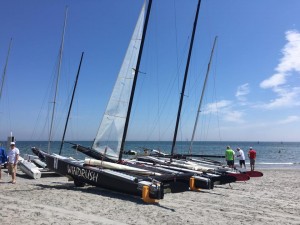 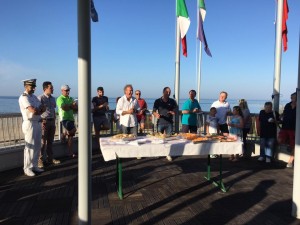